Here we want to celebrate all the friends of TMCC.

To get us started, here is a collection of articles, links and comments to entertain, amuse, as well as inform. It’s partly a page to thank people who have helped us in our first year of trading along with some background information on people and things that you may come across on the site. Also included is general waffle on things that we think may be of interest. Have fun, that is to say anything that you want to add, or any comments you would like to make, please send to us via the contact page. www.themusiccablecompany.com/contact

Friends of TMCC include Gil Allan, bass player with Big Country, The Skids and The Armoury Show / Armory Show. All 3 bands have gigs scheduled over the next couple of months. We are proud that Gil will be using our CoreM and CoreB instrument cables whilst out on tour.

In addition, Gil has been in the studio working on some new material which will hopefully be released (or drop as the youngsters now say!!) in early 2023 …we look forward to hearing it.

Many thanks for your support Gil. 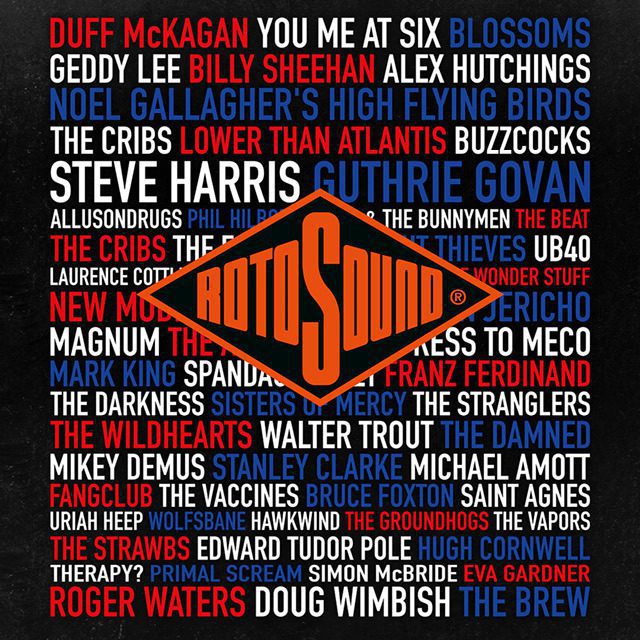 You can say that ROTOSOUND are a UK based string manufacturer  established in the early 1960’s that continue to manufacture strings in the UK to this day. But quite frankly that would not be enough, just look at the roster of artists that use and endorse the brand, its a virtual who’s who of rock and roll. The Music Cable Company are proud to announce that a selected range of our products are being supplied via Rotosound and The Music Alliance to music shops in the UK. It fills me with pride that we are associated with such an iconic British brand that manufacture products (Swing Bass) that I have used since I began my musical journey in the mid 70’s.

Radio Six International is a digital radio station that broadcasts from the Isle of Lismore in Scotlands Inner Hebrides. We found the station by chance in the early days of The Music Cable Company Ltd. It has been a firm favourite in the workshop ever since. If you like a wide selection of music genres and a station that is free from DJ type waffle, we highly recomend this station.

The mastermind behind this station is broadcasting legend Tony Currie. Tony very generously made this company ident for us. Many thanks Tony.

Radio Six is the longest running radio station in the UK and broadcasts ‘around the clock, around the world’. Please see www.radiosix.com for more details.

SLIDE guitarist & songwriter Dave Arcari’s alt. blues sounds owe as much to trash country, punk and rockabilly as they do pre-war Delta blues. They have been showcased via six internationally acclaimed solo album releases.

I have known Dave since the mid 80’s when his then band ‘Summerfield Blues’ and my band ‘Tubesnakes’ played many of the same venues in the Kirkcaldy/Perth/Dundee areas. We lost contact for a few years when Dave relocated. First to deepest Perth and then to Loch Lomond. At this time I was selling guitars and amplifiers throughout the UK. Thanks to the wonder that is social media, I have rediscovered Dave and his music. I am pleased to count him as a friend and indeed a customer of The Music Cable Company.

Dave releases his new album, Devil May Care, in November and also has a tour lined up to promote the launch. You can get more details from his website https://davearcari.com. Why not join his Wildcats group for weekly broadcasts and exclusive live performances.

The artists that proudly boast that they are ‘South-West-Central Buckhaven’s third-finest RUSH tribute’. All joking aside, they are some of the finest musicians I have ever come across (lets face it you would have to be).

After a long period of rehearsal the band are due to take on the world and will be performing across Scotland early next year.

There is an equally important reason for inclusion on this page. Kenny (Alex Lifeson) generously gave much of his time during our development and product testing stages to select the best sounding cable and connector combinations. In addition, his personal collection of guitars and amps were used in photographs and illustrations across the website. Many thanks KA

Demon shredder and all round ‘good guy’ Mark Grant appears in many of our promotional and demonstration videos on our site and YT channel.

Mark is a qualified music teacher as well as a part time guitar god. He was short listed in Sky Arts ‘Guitar Star’ competition, If there is any justice in this world Mark will one day be a superstar….

See a clip of Mark’s previous band ‘Battle of the War Machines’ below.

Iain Donald. AKA The Gator

If you get a chance to see ‘The Gator’…. take it. A superb guitarist and entertainer, Iain is also available for session work/slide lessons and also co- presents a weekly blues show on radio with Gaulty.

Teaming up with the Gator is Fiona Gault or ‘Gaulty’.

Fiona is a radio and podcast presenter, a ghost hunter, a singer and marketeer (or is it marketer, I’m never sure)

Catch her show on 94.7FM on Mondays 2-4pm or see links above for more details.